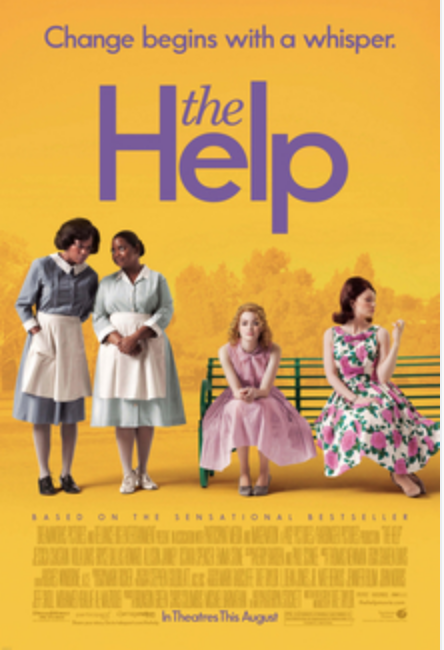 The Help is a 2011 American period drama film written and directed by Tate Taylor and adaptedfrom Kathryn Stockett‘s 2009 novel of the same name. The film features an ensemble cast, including Jessica Chastain, Viola Davis, Bryce Dallas Howard, Allison Janney, Octavia Spencerand Emma Stone. The film and novel recount the story of young white woman and aspiring journalist Eugenia “Skeeter” Phelan.[3] The story focuses on her relationship with two black maids, Aibileen Clark and Minny Jackson, during the Civil Rights Movement in 1963 Jackson, Mississippi. In an attempt to become a legitimate journalist and writer, Skeeter decides to write a book from the point of view of the maids, exposing the racism they are faced with as they work for white families. Black domestic workers in 1960s America were referred to as “the help”, hence the title of the putative journalistic expose, the novel and the film.