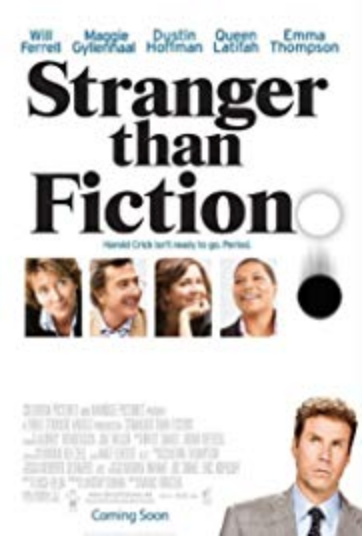 Stranger than Fiction is a 2006 American fantasy comedy-drama film directed by Marc Forster, produced by Lindsay Doran, and written by Zach Helm. The film stars Will Ferrell, Maggie Gyllenhaal, Dustin Hoffman, Queen Latifah, and Emma Thompson. The main plot follows Harold Crick (Ferrell), an IRS worker who begins hearing a disembodied voice narrating his life as it happens – seemingly the text of a novel in which it is stated that he, the main character, will soon die – and he frantically seeks to somehow prevent that ending. The film was shot on location in Chicago, and has been praised for its innovative, intelligent story and fine performances. Ferrell, who came to prominence playing brash comedic parts, garnered particular attention for offering a restrained performance in his first starring dramatic role.