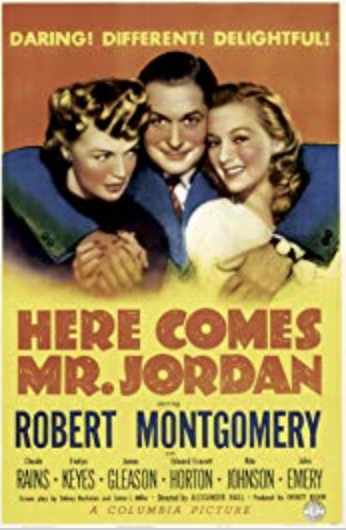 A sophisticated supernatural comedy. Robert Montgomery stars as a working class boxer whose plane crashes leaving him at Heaven’s gates. Claude Rains is the angel who tells him there has been a mistakes and his soul is return to inhabit the body of a corrupt and soon to be murdered wealthy man. This of course makes for comedic situations! Nominated for 7 Oscars, it won 2.  1941 B&W