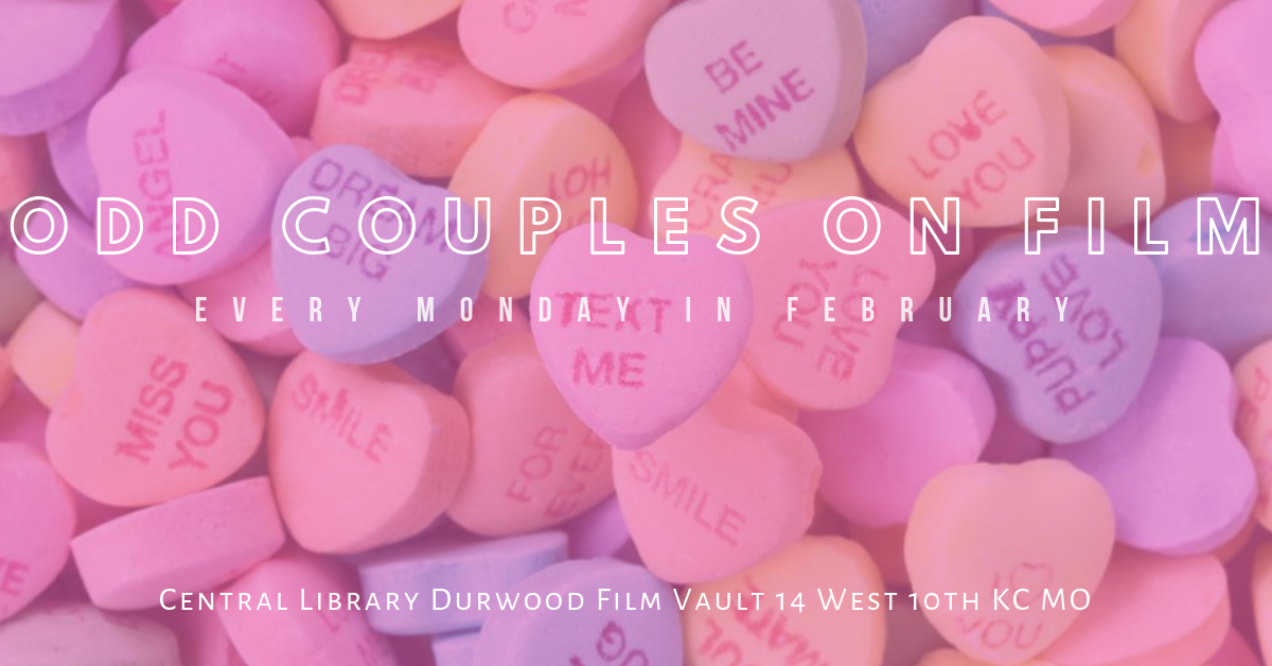 The Kansas City Library presents Odd Couples on Film – Every Monday in February at 1:00pm

Edward Scissorhands is a 1990 American romantic dark fantasy film directed by Tim Burton, produced by Denise Di Novi and Tim Burton, and written by Caroline Thompson from a story by Tim Burton and Caroline Thompson, starring Johnny Depp as an artificial man named Edward, an unfinished creation who has scissor blades instead of hands. The young man is taken in by a suburban family and falls in love with their teenage daughter Kim (Winona Ryder).  (PG-13)