City of Greenwood Movies in the Park: MARY POPPINS RETURNS 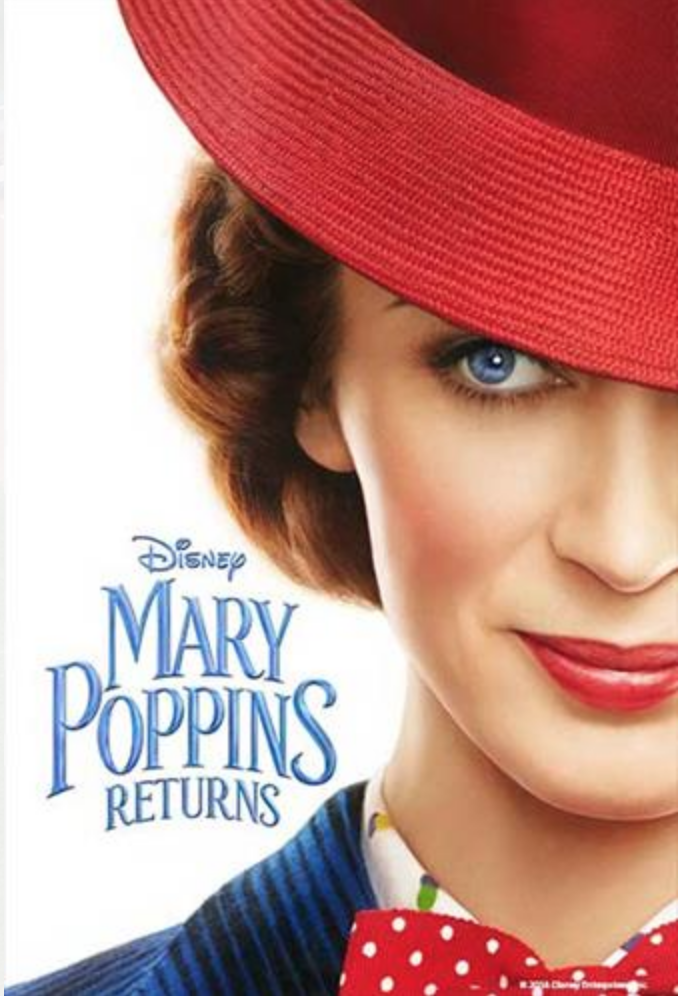 Mary Poppins Returns is a 2018 American musical fantasy film directed by Rob Marshall, with a screenplay written by David Magee and a story by Magee, Marshall, and John DeLuca. Based on the book series Mary Poppins by P. L. Travers,[1] the film is a sequel to the 1964 film Mary Poppins, and stars Emily Blunt as the eponymous character with Lin-Manuel Miranda, Ben Whishaw, Emily Mortimer, Julie Walters, Dick Van Dyke, Angela Lansbury, Colin Firth, and Meryl Streep in supporting roles. Set in 1930s London, thirty years after the events of the original film, the film sees Mary Poppins, the former nanny of Jane and Michael Banks, returning one year after a family tragedy.

Bring the whole family, some blankets/chairs and bug spray to enjoy a relevant family flick. Many families
can be seen arriving early enjoying a pizza from Casey’s or playing on the playground while waiting for
dusk to settle. Concessions and restrooms will also be available.