City of Greenwood Movies in the Park: INCREDIBLES 2 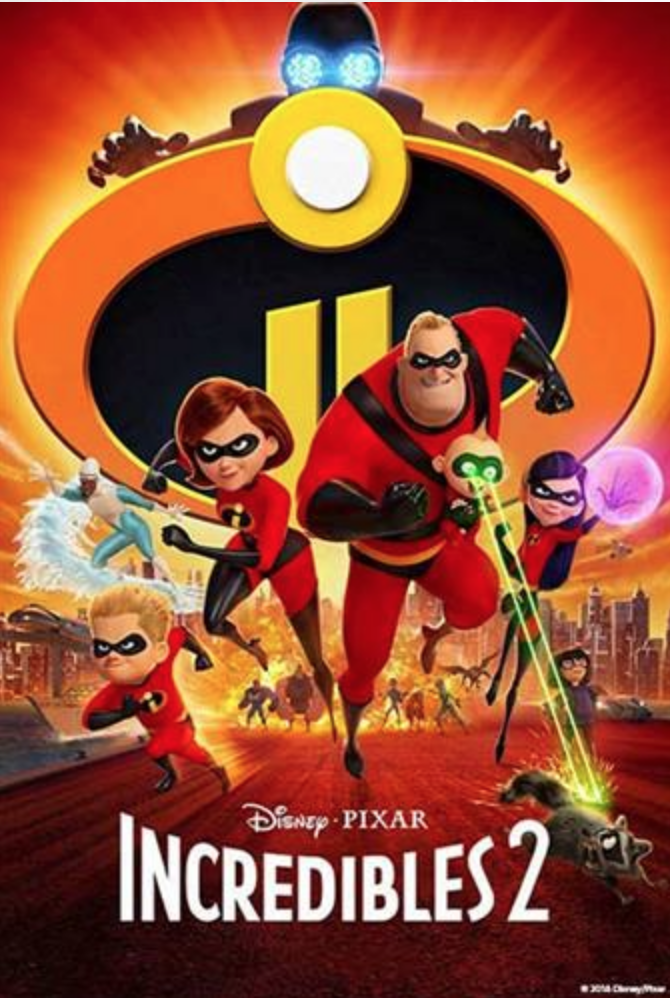 Incredibles 2 is a 2018 American computer-animated superhero film produced by Pixar Animation Studios and distributed by Walt Disney Pictures. Written and directed by Brad Bird, it is a sequel to The Incredibles (2004) and the second full-length installment of the franchise. The story follows the Parr family as they try to restore the public’s trust in superheroes while balancing their family life, only to combat a new foe who seeks to turn the populace against all superheroes. Craig T. Nelson, Holly Hunter, Sarah Vowell and Samuel L. Jackson reprise their roles from the first film; newcomers to the cast include Huckleberry Milner, Bob Odenkirk, Catherine Keener and Jonathan Banks. Michael Giacchino returned to compose the score.