Blue Springs Movies in the Park: RALPH BREAKS THE INTERNET 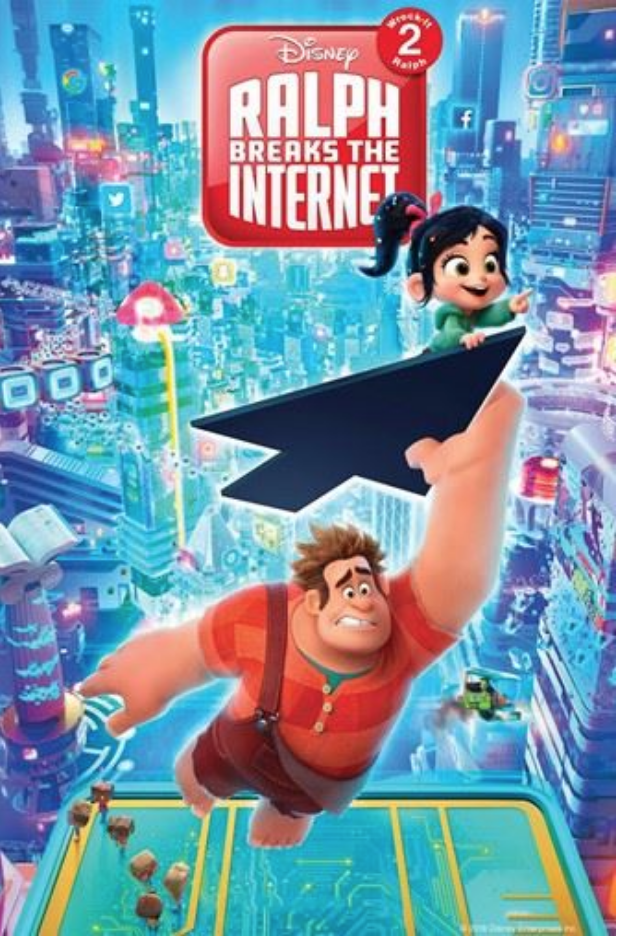 Ralph Breaks the Internet is a 2018 American 3D computer-animated comedy film produced by Walt Disney Animation Studios and distributed by Walt Disney Pictures. It is the sequel to the 2012 film Wreck-It Ralph, making it Disney’s 57th feature-length animated film. The film was directed by Rich Moore and Phil Johnston (who wrote the screenplay with Pamela Ribon), and executive-produced by John Lasseter, Chris Williams, and Jennifer Lee.[a] It features voicework by John C. Reilly, Sarah Silverman, Jack McBrayer, Jane Lynch, and Ed O’Neill (reprising their roles from the first film), with Alan Tudykreturning to voice a new character, and new additions to the cast that include Gal Gadot, Taraji P. Henson and Alfred Molina.

Six years after the events of “Wreck-It Ralph,” Ralph and Vanellope, now friends, discover a wi-fi router in their arcade, leading them into a new adventure.

Grab a blanket, a lawn chair, family, and friends, and head to Rotary Park to enjoy a free outdoor movie and popcorn under the stars.