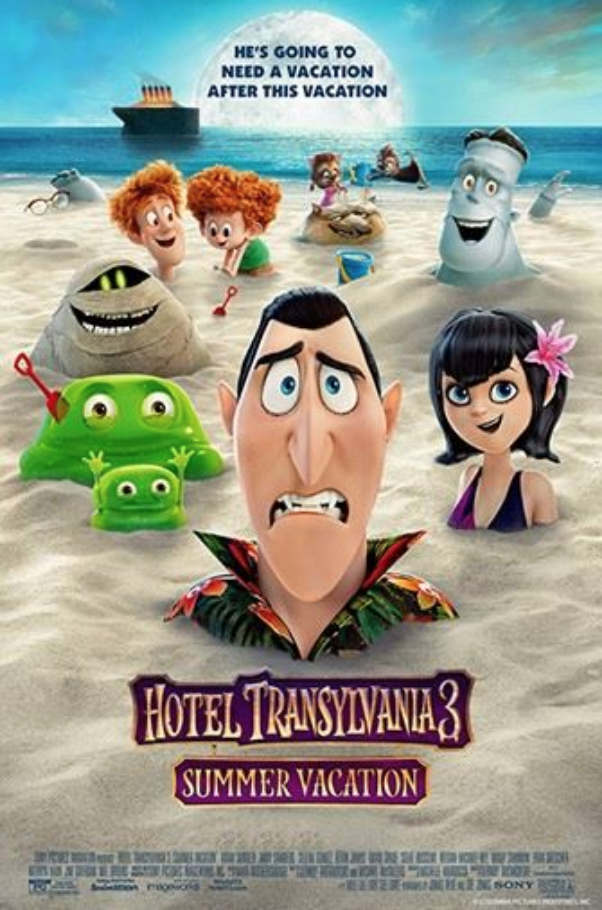 In the film, Dracula finds love with a ship captain named Ericka Van Helsing while on a vacation on a cruise with his family and friends, but Mavis discovers that Ericka is actually the great-granddaughter of Abraham Van Helsing, Dracula’s arch-enemy.

Grab your swim suit and take advantage of the new splash pad before the movie starts.