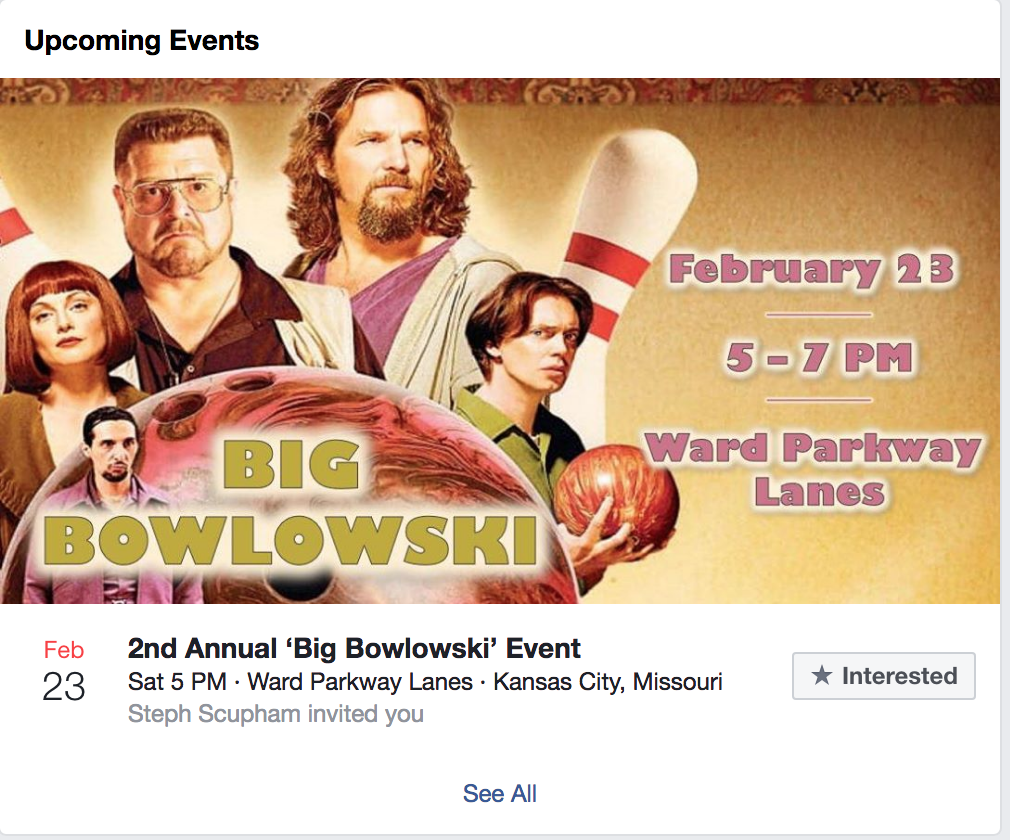 The 2nd Annual ‘Big Bowl-owski’ Fundraiser supports 2019 legislative lobbying efforts to establish a statewide Missouri Film Incentive. We want 10 bowling teams/film industry supporters to raise at least $1000. Our goal is to keep growing our film, television and commercial production industry and open up our region to films and television series. We’ve lost at least $150 million in direct economic impact in Missouri with films and shows set here that did not film in here. And with studios and streaming services spending more than ever on original content – now is the time to act and get Missouri open for business!

$25/person *includes shoe rental. Team Captains can pay for the entire team or ask team bowlers to pay individually at this link >> https://www.mommaonline.com/home-page/membership/donations-and-payments/

Please email the KC Film Office with your Team Name to let us know you will be there film@visitkc.com. We encourage you to dress as a team in the fashion of The Big Lebowski. Robes welcome!

This event is sponsored by MOMMA and KC Film Office.