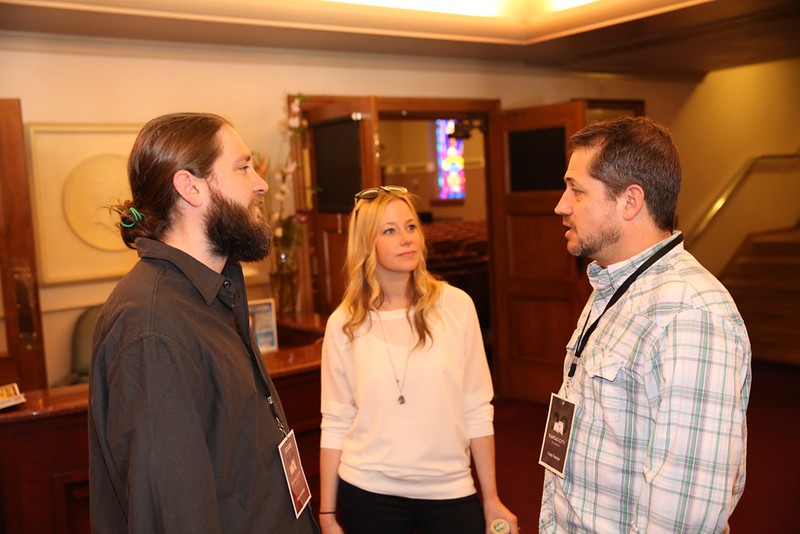 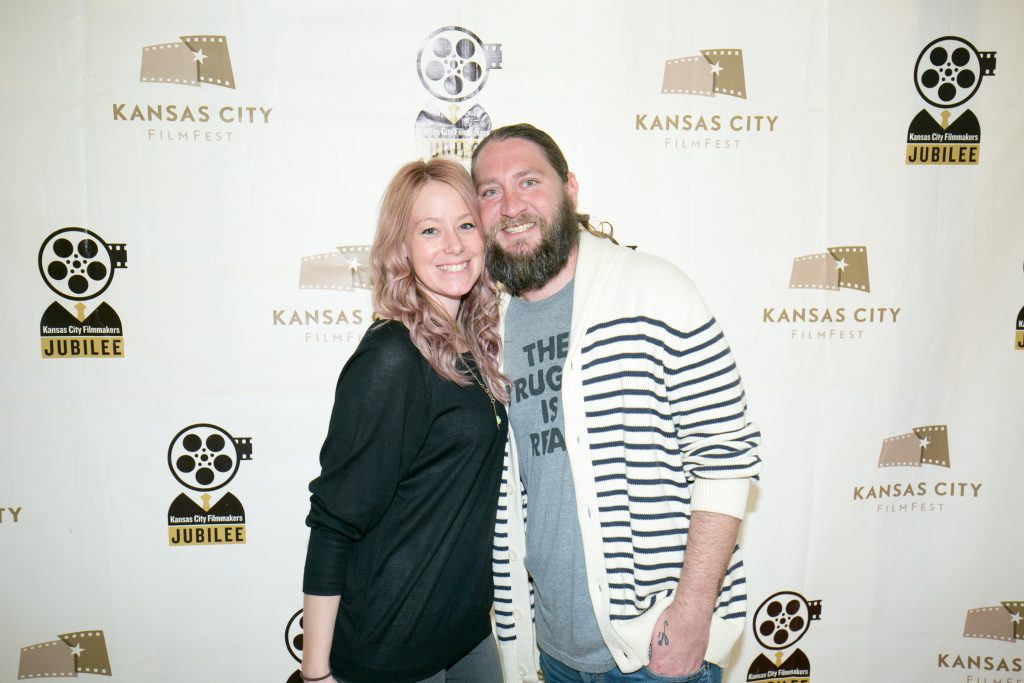 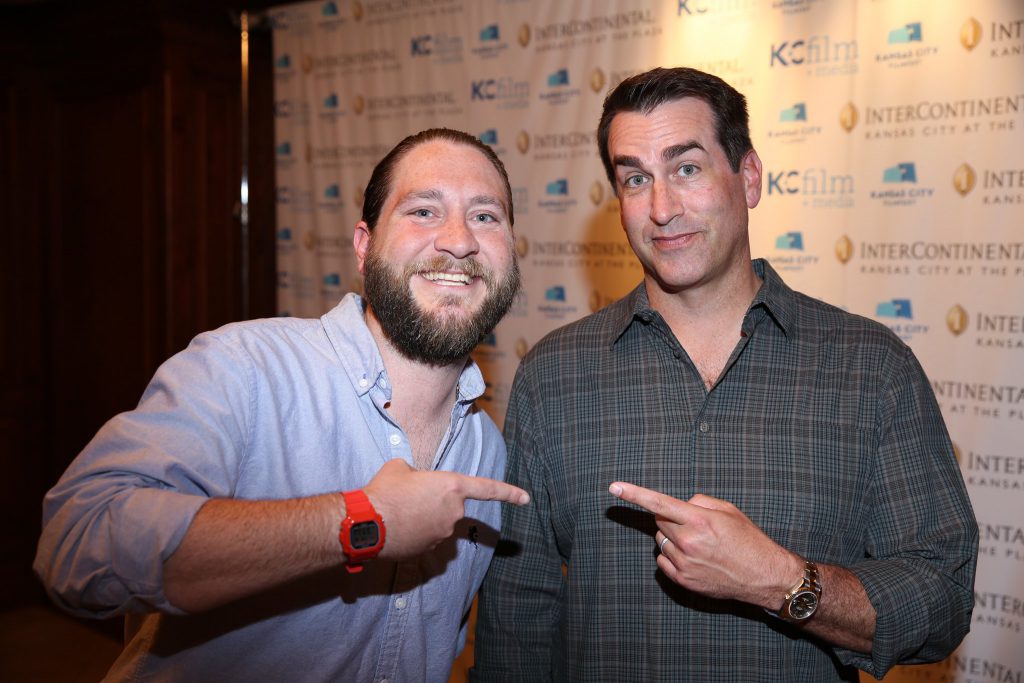 Because of Drew's contribution to the filmmaking community,
the Board wanted to create a lasting tribute to his work, with the creation of the
Drew E. Burbridge Filmmaking Seminar , Sat April 17, 2021 11AM CST 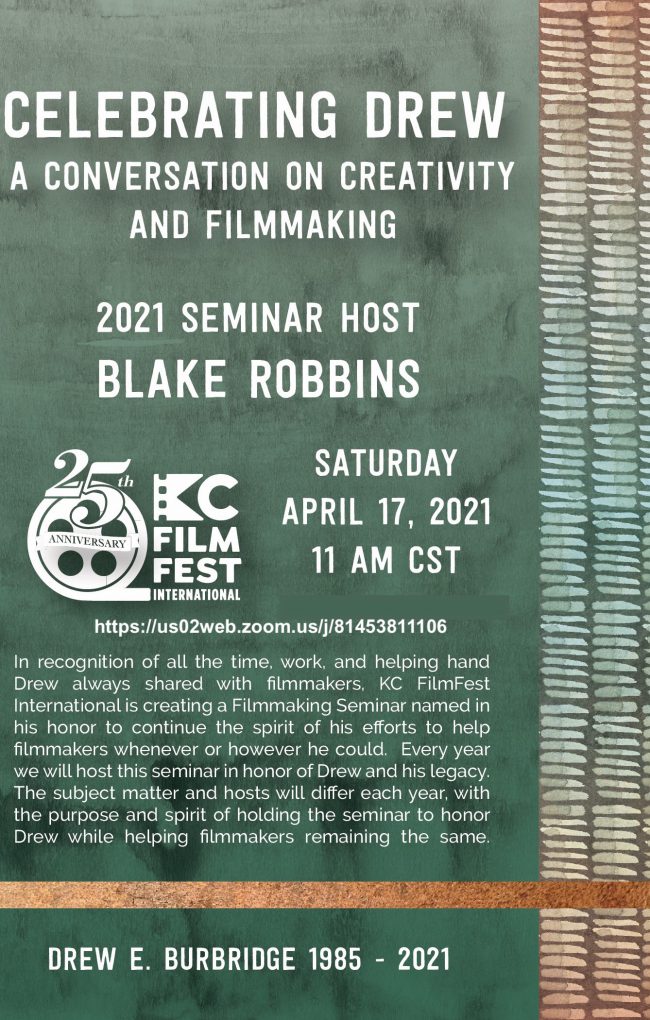 Drew first joined the festival as a volunteer in 2014. His welcoming smile, enthusiasm and willingness to help wherever he could, quickly made him a standout. Through his work volunteering with the festival, many of our Board Members came to know him and invited him to be a Board Member.  Drew accepted, and with Jennifer, they quickly worked together to find more ways to use their talents to help the festival. Whenever we think of Drew, we want to include Jennifer because Drew and “Jenni” were a team, both donating their time and energy, with great love to the festival and our community of filmmakers.

Drew was multi-talented, but the characteristic that stood out the most was his capacity to care; everything Drew did to help the festival and our Kansas City community was done with a desire to help and lift others up.  Drew and Jennifer helped with graphic design, the children’s film festival, sponsor development and most importantly filmmaker outreach.  As a filmmaker himself, Drew had a great appreciation for the talents and work of fellow filmmakers, he helped the festival learn about new talent, invited amazing movies to the festival, mentored filmmakers and was the best ever KC FilmFest International tour guide for our visiting filmmakers. Every year he conducted the tour, filmmakers walked away with a huge appreciation for our city, our community and newfound friends thanks to the generosity of Drew’s spirit.  He touched many lives! 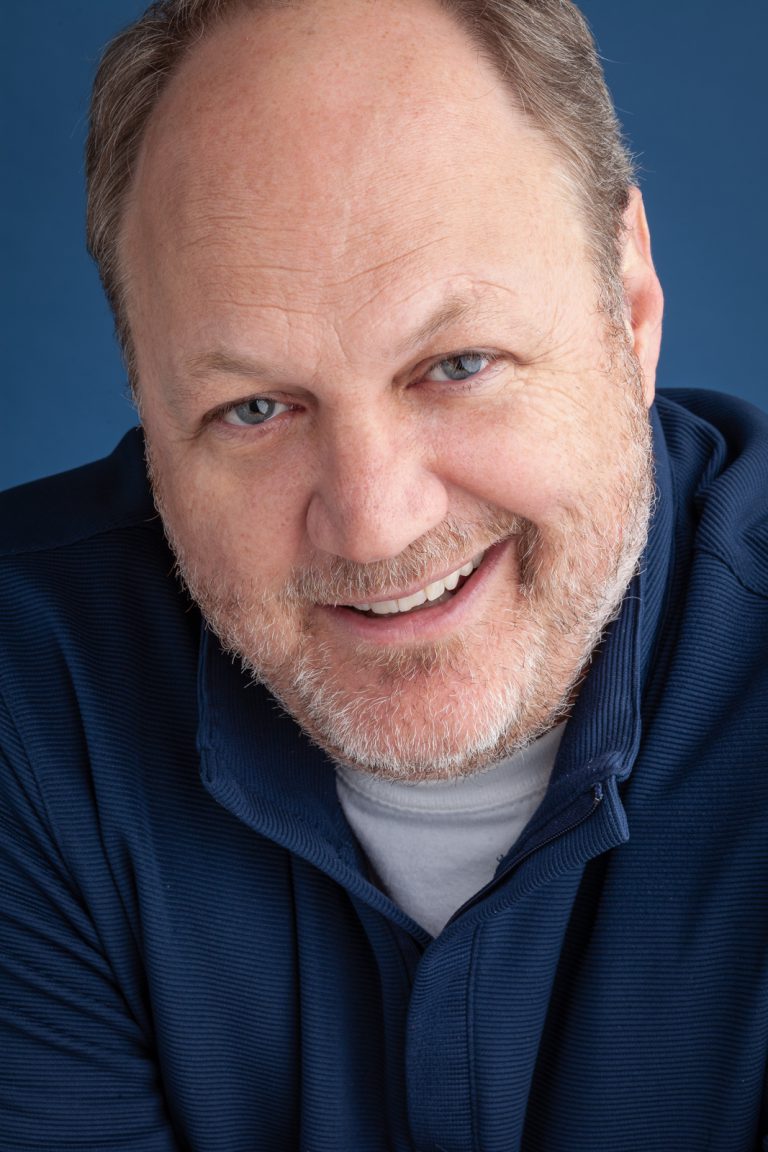 Blake is an award winning director, writer, and actor. His feature film writing and directing debut THE SUBLIME AND BEAUTIFUL world premiered at the Slamdance Film Festival to rave reviews and went on to win 8 Grand Jury Awards at film festivals around the globe. His follow up film THE SCENT OF RAIN AND LIGHTNING (100% Rotten Tomatoes score), based on the NY Times Best Selling novel from Nancy Pickard, starred Maika Monroe, Maggie Grace, Will Patton, and Bonnie Bedelia among others. It world premiered at the Atlanta Film Festival as the opening night film and won 9 Grand Jury Awards on the festival circuit prior to a theatrical release by SP Releasing.

His latest screenplay IN THE LAKE OF FIRE is a 2020 Academy Nicholl Fellowship Quarterfinalist and a TOP TRENDING script on the Black List website.

As an actor Blake’s known for performances such as Dave Brass on the critically acclaimed HBO series OZ, Tom Halpert on NBC’s hit comedy THE OFFICE, for the cult hit FIREFLY from creator Joss Whedon, for playing Mitch Glender (Tara’s lawyer) on FX’s SONS OF ANARCHY,  and for appearing opposite Sean Bean on the TNT series LEGENDS. Among his more than 35 film appearances are WIND RIVER, for dir. Taylor Sheridan, the MARTYRS remake for Blumhouse Productions, THE UGLY TRUTH opposite Gerard Butler, as well as the cult hit RUBBER, in which he starred opposite a KILLER TIRE named Robert (yes, you read that correctly).

A TOAST TO DREW

To celebrate the generosity, kindness and friendship Drew extended to others, we want to invite everyone to join us for a Toast to Drew!  We’re hosting some guests online to talk about all the fun, amazing, wonderful things they think of when they think of Drew. Everyone is invited to join. In one of the grand traditions of honoring those who mean the most to us, the event will culminate with a Toast to Drew!